Why SSD hosting is better than HDD hosting? Know the Benefits of SSD Hosting 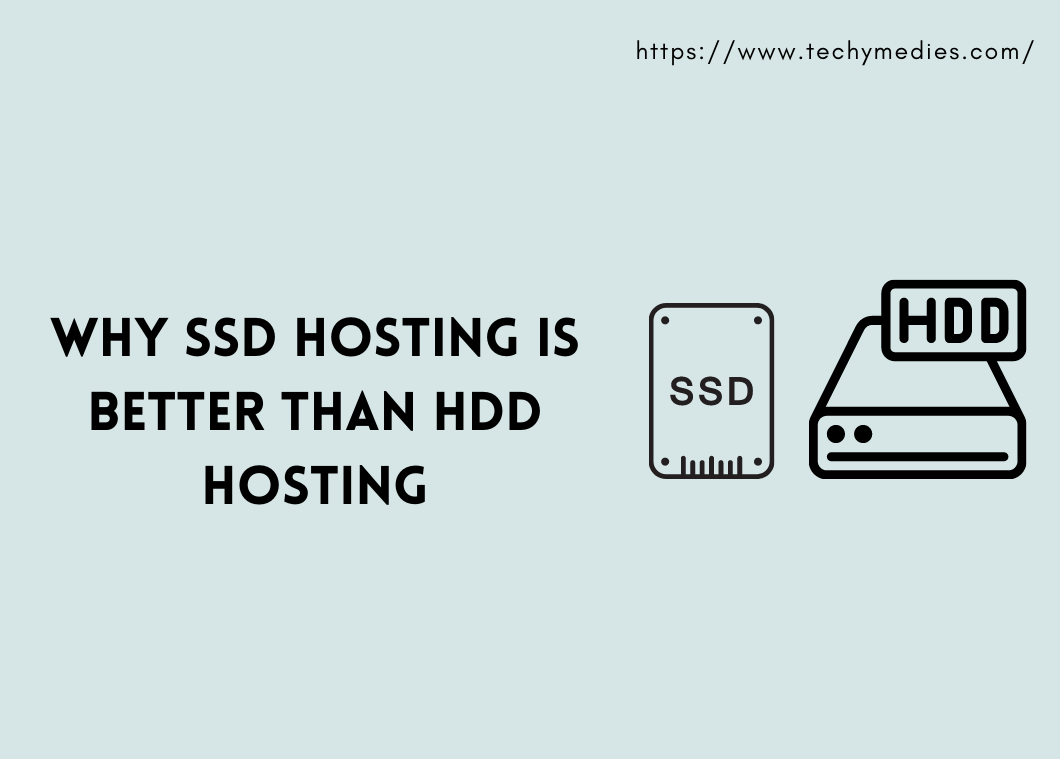 If you have compared different websites to buy web hosting, then you must have heard or seen these two words:

These two words of 3-3 letters, denote two different types of storage disks which any web hosting offers. You should know what type of storage disk your web hosting company offers you and which is better for you: SSD or HDD.
Regardless, both are great ways to store files, but if we compare SSD hosting with HDD hosting, then SSD has very significant benefits.
In this post I will tell you what is the meaning of these two words and why you should always choose SSD hosting instead of HDD hosting.

SSD Vs HDD: What's the Difference?

The full form of HDD is: Hard Disk Drive It represents an old style storage hard drive which contains a physical disk that spins and stores your data. That is, whenever you have to access your data, it will always be a bit dealy, because the disk will spin during that time.
HDD has always been a great option for storage, but until a few years ago, it was only used in computers. But with SSDs more affordable and larger capacity, the trend will now have to shift.
The full form of SSD is: Solid State Drive Unlike an HDD, it does not contain any disk to spin. All the data is stored in the microchips itself. Because it does not have any moving parts, an SSD loads data much faster than an HDD.

What are the advantages of SSD hosting?

When it comes to the comparison of SSD and HDD, there is no battle in it. SSD has many more and significant advantages over HDD. There is only one thing, in which HDD is good, and that is, price per GB of storage, but this gap is also decreasing day by day.
Below I have explained the different benefits of SSD over HDD:

Because Solid State Drives are generally faster than HDDs, its major advantage is speed in terms of hosting as well. Because your drive can serve data faster, then your site will also load faster. Dreamhost noted that when they shifted from HDD to SSD, their hosting speed improved by 200%. Because pagespeed is a Google ranking factor, it is very important to have faster loading of every single page of your website.

HDD depends on physical spinning, so the chances of mechanical failure are also higher in HDD than SSD. And if one drive fails, then your data is at risk. All hosting providers often offer backup for this work. SSD hosting can also be backed up quickly, in this case, SSD offers you better data security than HDD.

3. Your requests are executed faster

Unlike HDD, SSD can both read and write data at the same time. This means that they also serve web requests faster than HDD and give great performance even for heavy sites. By doing this, there is less load on other resources of your system.

4. Great for Database Intensive Use like eCommerce and Forums

If you host more database replying websites or apps, such as an eCommerce website or forum, then if your database is on SSD hosting then queries will process faster, and your sites will perform very well.

SSD drives use only 20% of the power HDD requires to run. So in such a situation, if you use SSD instead of HDD on a large scale, then you will get a huge benefit of power saving and thus this method will also be environment friendly.

6. Better performance because there is no fragmentation

7. The cost of SSDs is coming down

This is not a benefit, because for the same storage capacity, still the cost of SSD is much higher than that of HDD. But this price gap is decreasing day by day. Now it is easy to get such budget shared hosting plans which offer SSD at the same HDD hosting price.
Major web hosting companies such as DreamHost and InMotion have already switched from HDD to SSD. SSD hosting will soon become very affordable. Soon such a point will come, when in place of HDD, SSD hosting will become a standard for all web hosting companies.