What is E-Waste and how to control it?

E Waste or Electronic Waste is nothing but the same electrical goods which we dump or discard after using them. As our population is increasing, so are our needs, due to which the amount of E-Waste is also increasing.

About 50 million tonnes of e-waste is being generated every year. Which if not managed properly, then it can emerge as a big threat in future.

That's why today I thought that why should not all of you be given complete information about what is E-Waste, so that you too are already familiar with this big danger. Then without delay, let's start and know this what is E-Waste ? 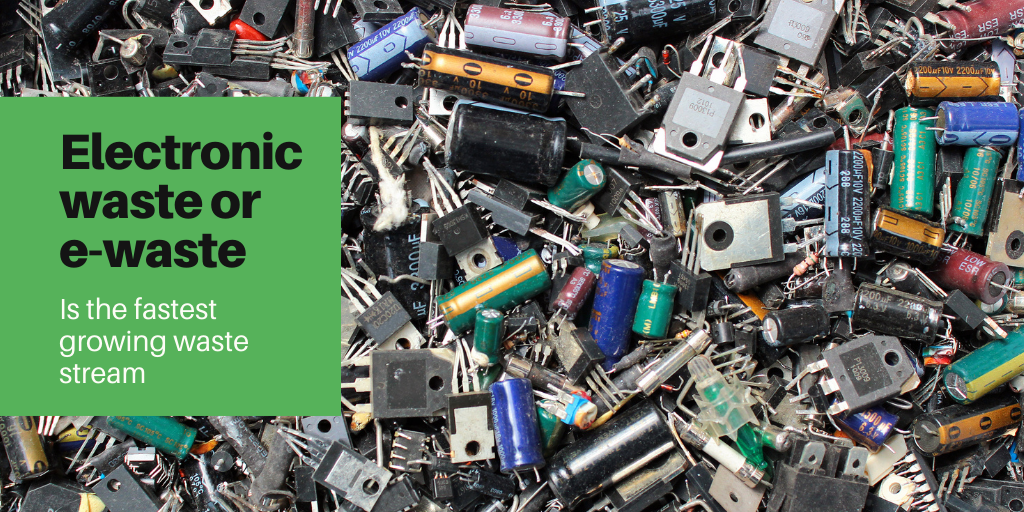 The full form of E-waste is Electronic wastes . These refer to those electronic goods which we once used for our convenience but now we do not use them anymore due to their getting spoiled.

Every year about 50 million tonnes of e-waste is generated all over the world. If their disposal or recycle is not done properly then it can become a big danger in future. Since there is a lot of advancement in technology, old devices become obsolete with the advent of new ones.

E-waste is made from any of our electrical or electronic items such as: computers , TVs, monitors, cell phones, PDAs, VCRs, CD players, fax machines, printers, etc.

Often electronics, if they are not disposed of properly, then they produce many harmful materials such as beryllium, cadmium, mercury and lead . These materials do not decompose themselves, but they emerge as a big threat to our environment. Therefore it is very important to recycle them properly and efficiently.

What are the main sources of e-waste ?

Although there are many sources of E-Waste but for our understanding they are mainly classified into 3 categories. Some of which are as follows:-
1. White Goods
2. Brown Goods
3. Grey Goods
White Goods :
Under this, household materials such as air conditioners, washing machines and air conditioners are included in the house.

Brown Goods :
At the same time, televisions, cameras, etc. come under this.

What are the main reasons for E-Waste Generation?

Increasing population due to which increasing needs is a big reason for the generation of E-Waste. Apart from this, there are some other reasons which together are making it a big threat. They say that having too much of anything is a disaster in itself. So let's look at some of the main reasons -

If we talk about now, then it can be estimated that there are more than 1 billion personal computers in this world. Whereas in developed countries, their average life span is only 2 years.

Only in the United States (USA) there are more than 300 million computers lying like this. Not only developed countries, there has been a lot of sales of this technology in developing countries as well, due to which there has been a significant increase in their graph, which is taking the form of wastage later. It has been learned from the sources that the sale of computers and internet the usage of has increased by more than 400% in developing countries.

Due to this sudden increase, the e-waste generated by them has also increased. One thing is clearly visible from this that according to which this computer industry is growing so much in the name of development, in such a situation if its e-waste is not thought about then it can become a big threat in future.

Now it is the time of modern technology due to which technology is is lightning increasing with fast speed. Due to this new technology, new products and appliances are coming in the market. So that people do not want to use old things even though they are not spoiled anymore.

Those who have a hand behind all this are big MNC's (Multinational corporations). From now on MNC's have become so powerful that they have the ability to change the entire market system of a country. It is the MNC's who always provide better technology to the people.

Right now middle class families are always behind new projects as they have good money, so that companies are always increasing their quality so that they can sell more. In such a situation, if its e-waste in hindi is not thought about, then it can become a big threat in future.

It is providing more money power to the common people (common man middle class), due to which they provide the ability to buy more things. For example, the increase in the sale of computer, if it is not used properly for a long time, then it eventually becomes E-Waste.

Due to this money power, people now want to use new things more than their old things and these older materials later become e-waste.

Due to the increasing population, the speed of everything has increased a lot. This can be understood in an easy way by the unitary method. If 1 person also buys one item and so what if everyone buys it.

From this we can conclude that the amount of e-waste has also increased significantly due to increasing Abe. The growing population always wants more to buy new things instead of reusing things. In such a situation, if its e-waste in hindi is not thought about, then it can become a big threat in future.

How to Control E-Waste

There is no one answer to this, but there are many ways in which we can control E-Waste . Here I have discussed about some important methods.

1. You can follow the laws and regulations made by the local government in which we are told about ethical and safe disposal of waste. Since e-waste can become a big threat to the environment, many communities have made arrangements to put the unnecessary electronics in some special drop-off location so that they can be controlled properly.

2. With the donation of Electronic Products, we can reuse anything so that pollution can be prevented to a great extent. This is because it may be that what you are not using is very important for someone else.

3. Although there are many E-waste recycler but it is a bit difficult to find the right recycler among them but if we use certified E-waste recycler then it will reduce the pollution, and it is also safe for our environment .

If we all take a pledge together that we will not let our environment get spoiled by E-Waste and use these electronic items judiciously because these E-waste not only pollute our environment but also harm us.